Bringing it all together

Now all individual components are ready, it's time to bring it all together in a working application.

To get all these parts together, I add the last project: the console that will run the whole thing. It wouldn't be complete with the popular syntax of invoice auto. The Command Line Utils package allows me to convert the invoice auto args from the Main method into commands that can be executed. This package has a bit of a learning curve, but has a lot of options to customise the command line arguments. I'm not going to elaborate a lot on that, I liked the package and I'll let my readers figure out how to use it best.

Lastly, there's the setup of the objects in the Main function. It's basic injection of the services with a little composition for the pdfGenerator that takes the htmlGenerator as input. 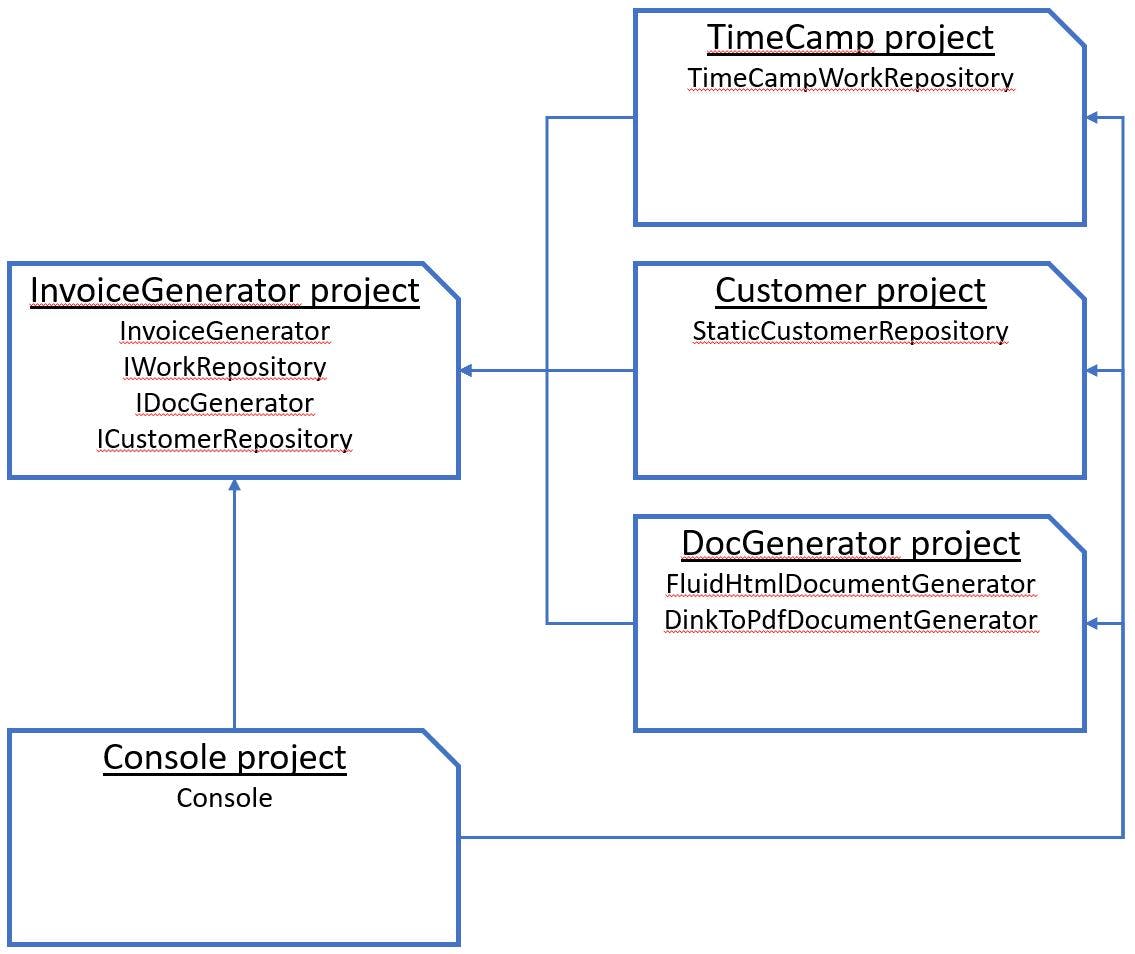 The ICustomerRepository interface should be placed in the use case layer (orange) and the implementation should be placed in the infrastructure layer (blue). Clean Architecture suggests grouping things that change with the same frequency and for the same reason. The infrastructure layer normally changes a lot more than the use case layer. I put the WorkRepository and the StaticCustomerRepository in separate projects. They change for different reasons at different times, so I should be able to build and deploy them at different times. 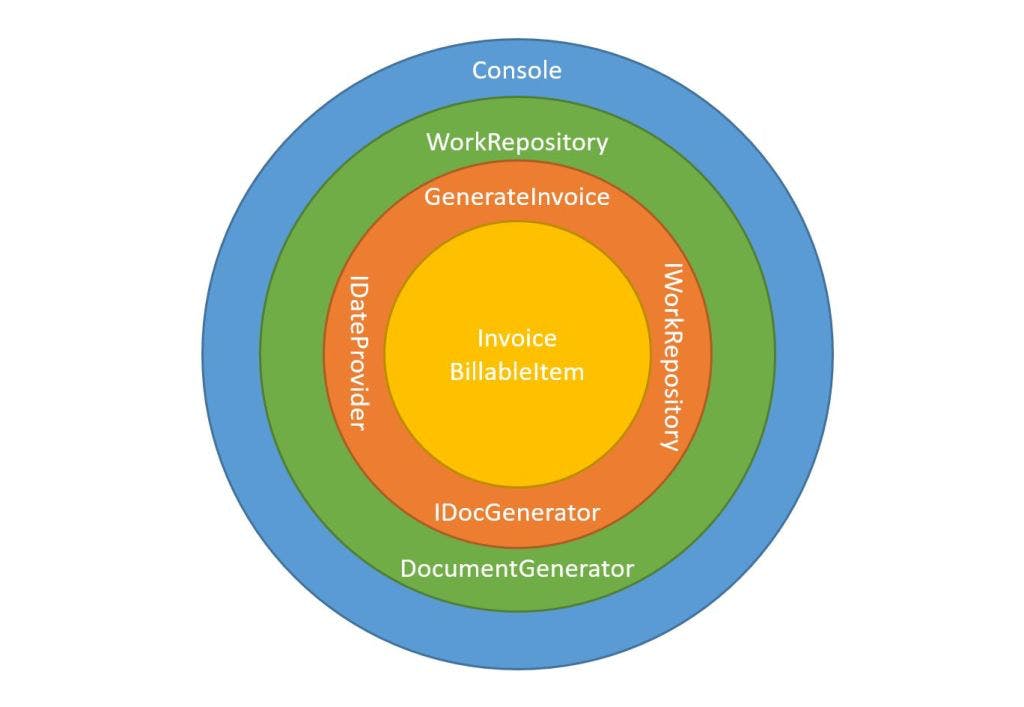 Above all else, the code should be easily testable. That is why I used all the interfaces. It's easy to switch out an actual component for a fake one. The fake implementation allows me to control certain data. For example: I have a IDateProvider interface so I can control when Now actually is. If I would just use DateTime.Now, I could not simulate generating an invoice for a specific date. Now I just have two implementations: the SystemDateProvider in my actual application and the FakeDateProvider for in my tests.

The console project belongs in the infrastructure layer, together with the implementations of the interfaces. I put it in another layer in the image to indicate that the console brings all the other layers together.

The last blog in this series will talk about the pros and cons of this architecture.